Imagine if David Cronenberg had mashed his Naked Lunch with Existenz to make an unsettling, bloody, low-tech assassination thriller. You don’t have to, because his son, Brandon Cronenberg, has done just that with Possessor.

There’s a direct line from father to son in this twisty, high-concept, body-swap sci-fi, including alienated, unsympathetic characters in a trippy, lo-fi, VHS-horror style.

END_OF_DOCUMENT_TOKEN_TO_BE_REPLACED

After long consideration, the verdict on Midsommar is… meh.

Ari Aster’s quietly bonkers, absurd and absurdist daylight horror is a culture-clash of Swedish detachment versus self-absorbed Americans at the sort of festival that only exists in Monty Python‘s most twisted sketches. Don’t let anyone tell you otherwise – this is the Swedish Wicker Man. END_OF_DOCUMENT_TOKEN_TO_BE_REPLACED

A competent nuts and bolts reboot of a computer game adaptation that never quite gets into top gear, Doom Annihilation boldly goes where every Resident Evil has been before.

END_OF_DOCUMENT_TOKEN_TO_BE_REPLACED

An adaptation of Stephen King’s The Dark Tower fantasy-western-sci-fi-horror series so perfunctory that four hours after I watched it I’d forgotten what I’d seen; generic fantasy with a high gloss finish that reduces the King novels to a mercifully brisk genre romp with good performances and no new ideas to speak of.

Young Jake Chambers has nightmares of a dark tower, a gunslinger and a Man in Black, while New York suffers increasing earthquakes. Except they’re not nightmares, and the Man in Black is a sorcerer trying to destroy the actual Dark Tower that keeps the demons from our universe. And the gunslinger is… a gunslinger. With six-guns made from Excalibur. No, really. END_OF_DOCUMENT_TOKEN_TO_BE_REPLACED

Seemingly innocent teen Jesse (Elle Fanning – Maleficent) moves to LA to become a model and immediately has to contend with the sleaze and depravity of a town that preys on ambitious young beauties. Attracting a stalkerish makeup artist (Jena Malone – Hunger Games, Donnie Darko), and the enmity of established models Sarah and Gigi, Jesse reveals a harder, darker character beneath her ingenoue persona to join the Women in the Edge of Self Destruction.

Nicholas Winding Refn (Drive, Valhalla Rising) quickly reverts to type to subvert his glossy Indie thriller into something altogether crueller and more perverse, with a shocker of an ending. END_OF_DOCUMENT_TOKEN_TO_BE_REPLACED 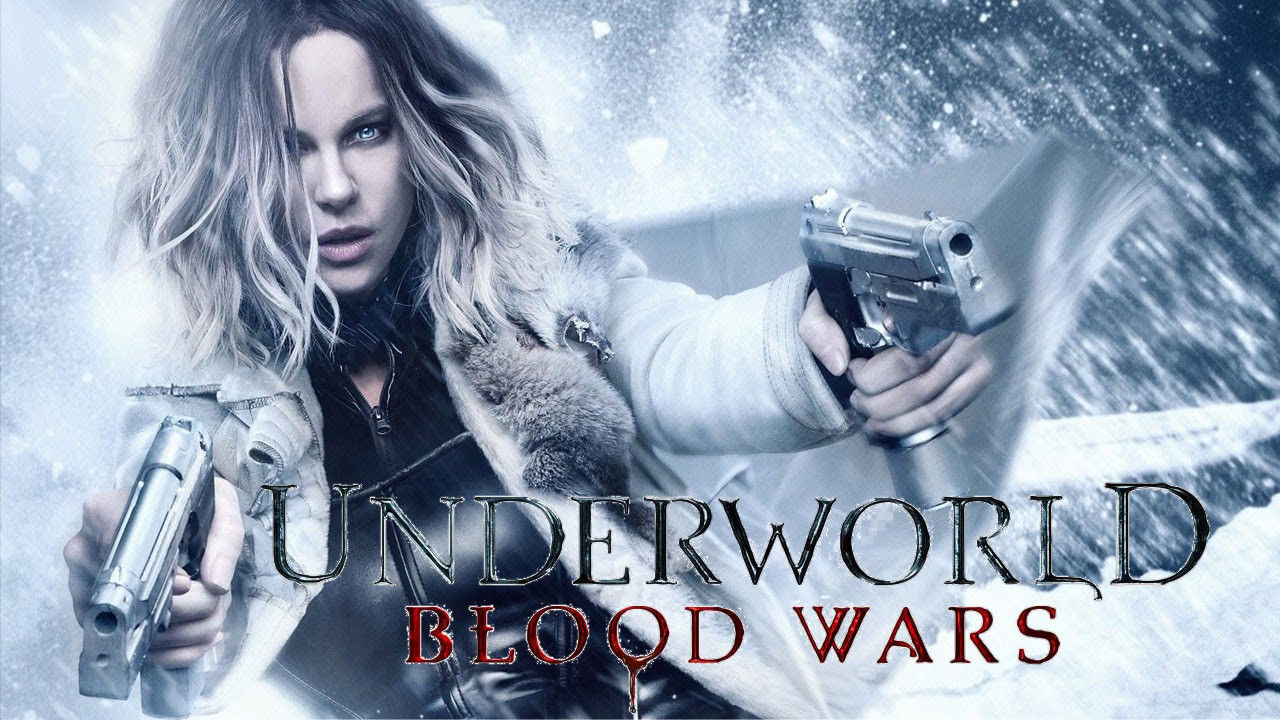 Kate Beckinsale (Total Recall) returns as vampire assassin Selene in yet another Underworld Y-A action-horror-snoozefest. It wants to re-invent itself from Blade via Resident Evil to Game of Thrones, but really…?

The cast is an almost all-British affair in the ongoing war between vampires, other vampires, some more vampires and a bunch of scruffy hairy blokes – the  werewolf Lycans –  with everyone looking for the Corvinus line’s magic blood of invincibility to top the arms race and deliver victory.

With an underwhelming script rehashing more or less everything we’ve seen in the previous four, with added mystical vampire codswallop linking repetitive sword fights and gunplay, it’s hard to get excited about anything but Beckinsale’s buffed leather catsuit and corset. END_OF_DOCUMENT_TOKEN_TO_BE_REPLACED

Pride and Prejudice and Zombies (2016) 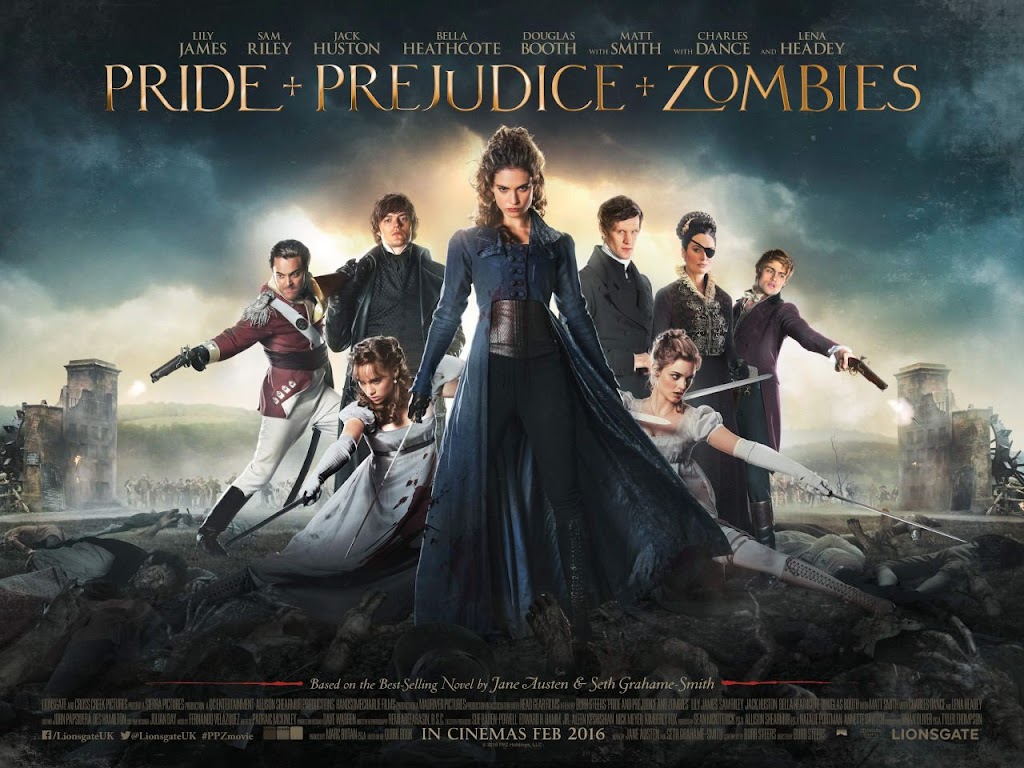 An amusing genre mash-up of horror and classic literature tumbles out of the one-joke, no-budget, B-movie drawer. The cast has a whale of a time turning Jane Austen into the Walking Dead with bonnets, but for all it’s knowing winks and attractive stars, it’s little more than an overstretched French and Saunders sketch.

If you’re in the narrow, venn diagram demographic of classic literature, period drama and bloody body-horror fans, you will appreciate the genre clash, but maybe not all the way to the creaky, Hammer-inflected climax. END_OF_DOCUMENT_TOKEN_TO_BE_REPLACED 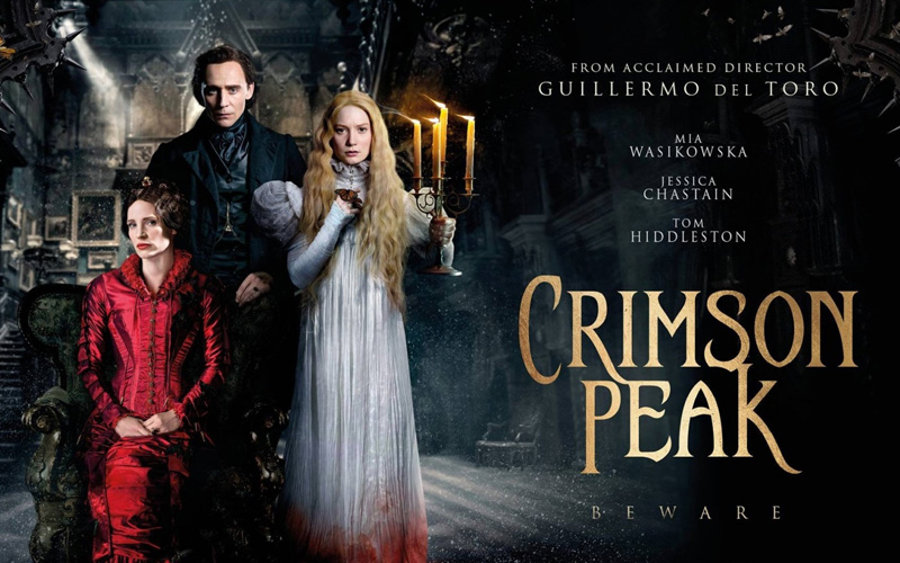 Mia Wasikowksa’s young spinster Edith Cushing is swept off her feet by impoverished English aristocrat Thomas Sharpe (Tom Hidddleston), touring America with his chilly sister Lucille (Jessica Chastain). Ghost-whisperer Edith should have run a mile from both of them, but instead, marries into the Gothic monstrosity that is Allerdale Hall, crumbling into the red clay of Cumberland’s Crimson Peak.

Guillermo Del Toro mounts a handsome horror that promises much in the early reels but even with layers of Gothic design, truly scary ghosts, snow and bloody violence, can’t reach the highs of The Orphanage or Pan’s Labyrinth. END_OF_DOCUMENT_TOKEN_TO_BE_REPLACED