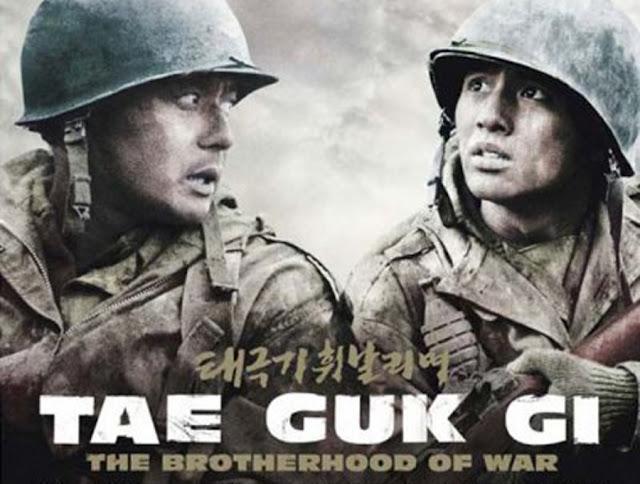 “I wish this was all just a dream. I want to wake up in my bed, and over breakfast, I’d tell you that I had a strange dream. Then I would go to school, and you and mom would go to work.”

Archaeologists excavating a Korean War battlefield contact a veteran whose dog-tags identify him as a casualty. Cut to 1950, two brothers are drafted into the South Korean army to fight the Chinese-backed communists. ‘Taegukgi Hwinallimyo’, also known as ‘The Brotherhood of War’ is the Korean war film directed by Kang Je-gyu.

Korean cinema is notoriously uncompromising and this is a tough watch, that makes closest comparisons Saving Private Ryan and Platoon look like The Simpsons. Extreme, extensive battle scenes include excessive violence, blood, gore and suffering, relieved only when the excesses tip over into stylised melodrama. END_OF_DOCUMENT_TOKEN_TO_BE_REPLACED