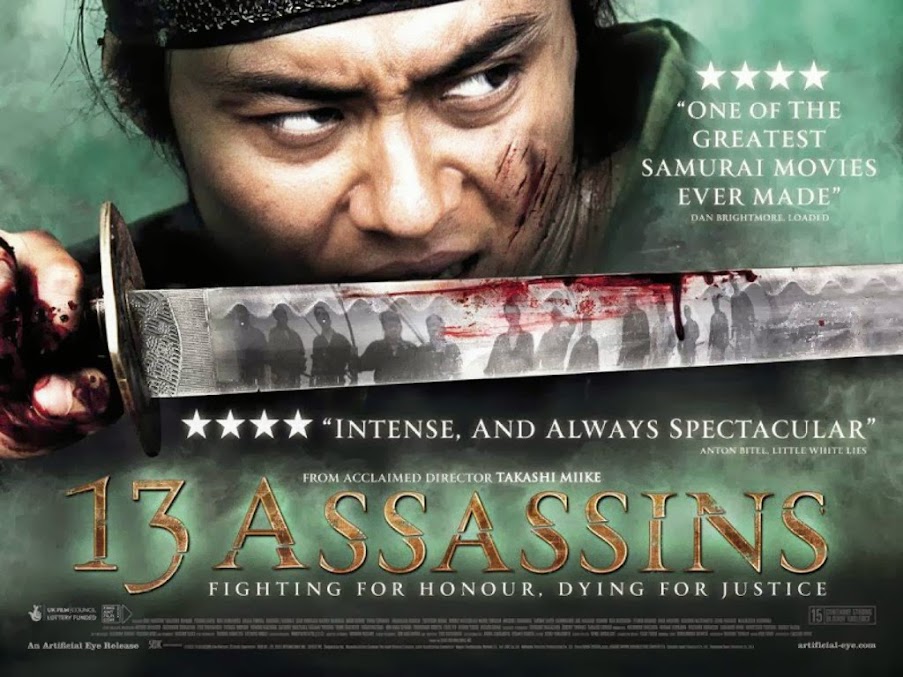 At the end of Japan’s feudal era, a group of unemployed samurai are enlisted to stop a sadistic warlord’s rise to the Shogunate, threatening to return the country to the Age of War.

Miike’s homage to Kurosawa, set in a peaceful 1844, sees the recruitment of an elite group of honourable men by the stately warrior Shinzaemon in a serious, introspective first half. These are men who feel themselves to be truly the last samurai, when the age of heroic swordsmen is over. And such is the evil ambition of the vicious, sadistic Lord Naritsugu, this is the honourable suicide mission to save the nation. END_OF_DOCUMENT_TOKEN_TO_BE_REPLACED 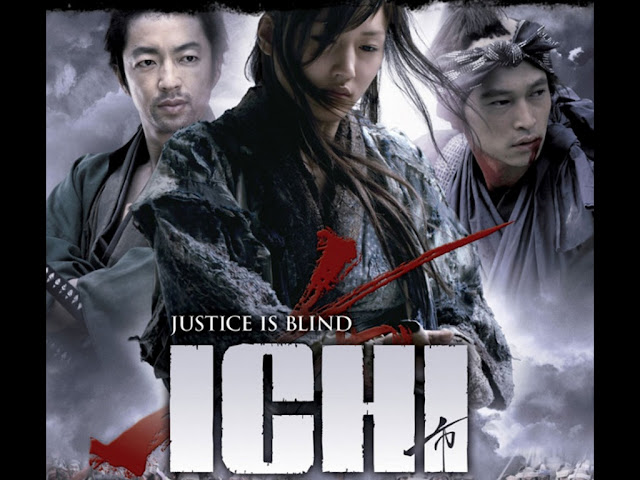 The Zatoichi legend continues with this handsome tale of a blind, wandering musician and a cowardly samurai fighting bandits, spaghetti-Western style – with twists.

Firstly, this languid, at times dream-like Japanese movie is far from your standard katana-actioner, a long way from it’s frenetic forebears. Second, the Ichi character is a woman.

Blind from birth, Ichi (the exquisite and utterly engaging Haruka Ayase) is taught the sword by her father, for whom she now searches across Nippon’s feudal out-lands. Saving the life of a pacifist samurai, they fall into the employ of the local Yakuza, themselves under threat from disfigured gangster Banky (Shidou Nakamura). END_OF_DOCUMENT_TOKEN_TO_BE_REPLACED 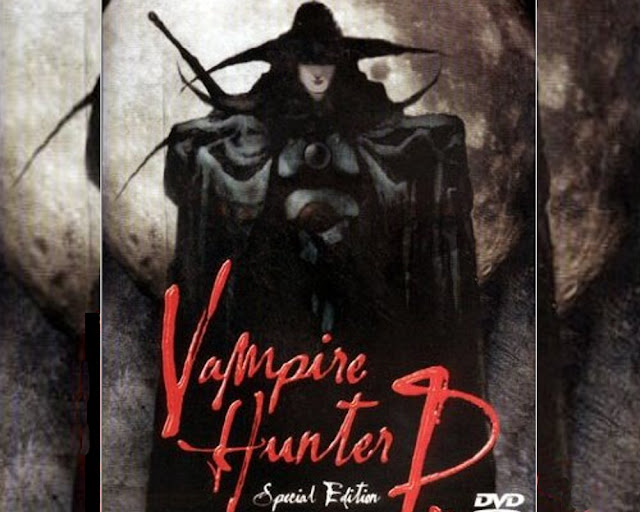 A friend of mine bought a Region 3 DVD which of course wouldn’t play here, so I offered to convert it and gave it a look. Made in 1985, this is Japanese Manga Animé – which I recently discovered is also called ‘Japanimation.’

Vampire Hunter D is based on the third of Hideyuki Kikuchi’s novels about a futuristic human-vampire hybrid warrior. The movie translates this as a cartoon version of Blade as a Spaghetti Western. The animation and voiceover is rather crude and flat by today’s standards. Under no circumstances switch from sub-titles to dubbed dialogue. END_OF_DOCUMENT_TOKEN_TO_BE_REPLACED

In a dystopian, Orwellian, retro-future of Samurai steam-punk, be prepared for an overdose of Japanese comic-book super-heroism replete with Gothic design, violent death, resurrection, giant robots and buckets of CGI.

Adaptations of Japanese Managa can be an acquired taste, as can the source graphic novels. Japanese studios generally carry these off with great verve and ambition, regardless of the budget or the script. Casshern is right at the peak and despite being eight years old, still carries the banner for this genre of film-making.

Genetic science attempts to roll back the damage of fifty years of war between Europa and the victorious Eastern Federation, in the aftermath of nuclear, chemical, and biological weapons. The miraculous “neo cell” creates a group of super-beings at the head of a forgotten robot army; but a powerful warrior emerges to fight for mankind. Like they do… END_OF_DOCUMENT_TOKEN_TO_BE_REPLACED