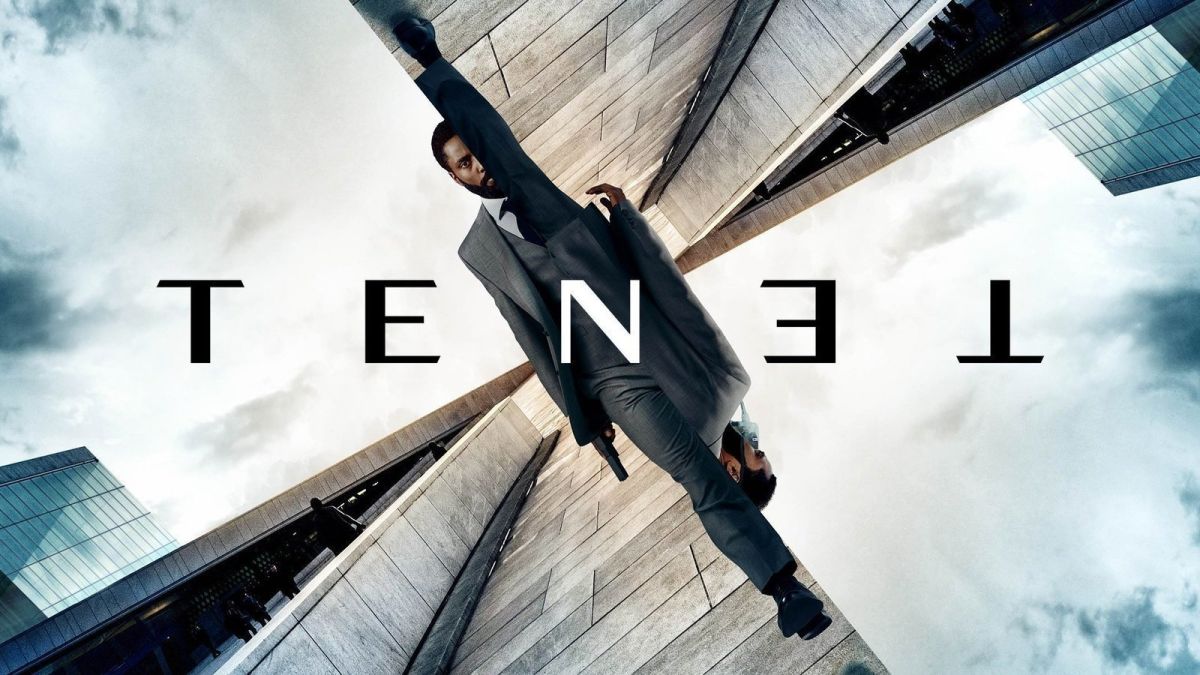 What can Christopher Nolan possibly do to top this impossibly twisty, timey-wimey, too-clever-by-half, labyrinthine, high-concept, sci-fi-espionage-heist-action thriller? A movie so dense, one of the characters has to give us instructions at the start: ‘don’t think it, feel it.’ I’m feeling they should have called it Inversion. But that’s not a palindrome.

The core of the plot is stupidly simple; our unnamed Protagonist (a superlative John David Washington), CIA super-spy, has to stop a sleazy Russian oligarch (Sir Kenneth of Branagh) from destroying civilisation. So far, so 007. The execution is so mind-bogglingly complex, however, you may never fully work out who did what to whom, when, or, crucially, in what order.

The director who gave us the splintered memory-mangler Memento and hurled us through the worm hole of relativity in Interstellar, now puts our brains through the wringer by layering the plot and the action sequences forwards and backwards, usually at the same, err, time. Tenet makes the dream-within-a-dream-within-a-dream finale of Inception look like a Janet and John reading primer. The climactic battle scene invites the question “who’s past are we in now?” High-concept doesn’t get any higher than this.

Technically, this is Nolan’s most audacious and imaginative work yet, with plenty of action set-pieces and mayhem built around the time-travelley concept of inversion. There’s a big chunk of Mission Impossible, Ocean’s Eleven and, yes, Inception in the hold of this super-tanker, with repeated heists occurring backwards and forwards, slotting together like a Chinese puzzle, with the precision of a Swiss watch. Which for some, may be enough.

Nolan can build a scene, crank up the tension, sign-post a direction then bait-and-switch to throw us out into something completely different. It’s Hitchcockian suspense at it’s best.

But as usual, we’re looking at an intellectual exercise as chilly and detached as every other Nolan movie.

No question, Washington is mesmerising in every frame, a character faultlessly super-cool, super-analytical and super-professional. A capable CIA assassin, he still cares enough to minimise civilian casualties and is willing to risk the fate of the world to save the oligarch’s abused wife – the Night Manager’s Elizabeth Debicki.

Which is where the cracks begin to show. This isn’t a Bond movie. There’s clearly no chance of a romance between the two, because Nolan doesn’t do romance, only loss, regret and isolation. Debicki effectively replays her breakout role in the Le Carre TV adaptation The Night Manager, opposite a suitably repulsive, arms-dealing Branagh villain. This relationship is as much of an emotional core as Tenet gets, thrown under the wheels of the sci-fi juggernaut.

Washington has help from Robert Pattinson‘s rather foppish sidekick Neil (Tom Hardy presumably wasn’t available); Michael Caine pops up in a reassuring cameo; Himesh Patel and an unrecognisable Aaron Taylor Johnson are also on Team Washington to move some of the props around.

If you think too hard about Inversion, sorry, Tenet, you might realise this is just a big, goofy Tom Cruise Mission Impossible-meets-Edge of Tomorrow genre-mashup. Don’t be surprised if Vin Diesel and The Rock dumb it down for Fast and Inverted 37, with added Jason Statham. Isn’t altering the past to change the future pretty well trademarked by James Cameron and his collection of tin men? Second- and third-guessing your principle villain is pure Princess Bride. Perhaps they should have called it Inconceivable?

Tenet is so high concept, it needs an awful lot of constant exposition just to keep us up to speed with what hasn’t happened yet and why we’re chasing so many McGuffins. On the plus side, Nolan never tries to explain the technology (just as well, the props look like Dr Who, circa 1979). On the minus side, when it gets a bit close to the edge, somebody spouts off about sci-fi’s Grandfather Paradox, we all shrug and carry on as if it all makes perfect sense. Predestination made more sense. Six Underground made more sense. Hobbs and Shaw made more sense!

Much delayed, Nolan and the studio kept saying ‘see it on the biggest screen you can, for that immersive experience.’ Which is sound advice, because on anything else, it’s ludicrously expensive and just plain daft. Stylish; ambitious; but daft. RC

PS. Looking forward to the DVD release featuring a Memento-style scene-randomiser; should be a blast.