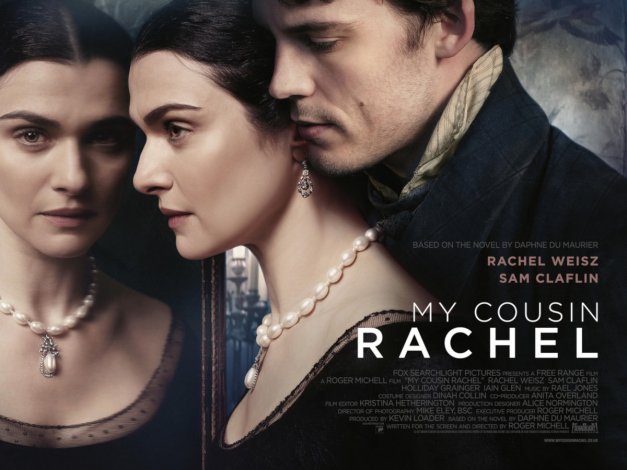 Never a fan of Du Maurier’s sub-Bronte shananigans, but desperate to like this one, Robert Michell’s costume psycho-drama proves the existence of LAS – Literary Adaptation Syndrome.

The necessary over-compression of a long novel beats all the mystery out of Du Maurier’s ‘did-she-didn’t-she’ plot, reducing it to Fatal Attraction in Crinolines, with all the subtlety of a bulldozer crashing through your window.

The usually admirable Rachel Weisz and Sam Claflin are ill-served by both script and direction. Weisz lacks the allure of the titular cousin Rachel, the half-Italian seductress who reels in desperate batchelor Philip Ashleigh, pitching solidly between con-woman and black widow poisoner, when the whole point of the novel is the uncertainty. But Claflin’s grumpy Philip, a curmudgeonly misanthrope with middle-aged manners and the petulance of a twelve-year-old boy, displays such moronic naivety and selfishness it is difficult to care about either of them.

Solid support from Iain Glen and Simon Russell-Beale, with Holiday Grainger the most sympathetic and longest-suffering of all of them, highlights how badly the two leads handle the material.

From the opening scene, the ever-present score by Rael Jones can’t make it’s mind up if it’s backing a tragic romance or a haunted-house horror.

The ending literally throws the whole movie suddenly and unexpectedly over a cliff and wraps up in two minutes with no regard for consequences, which cheapens the preceding hour and forty-four.