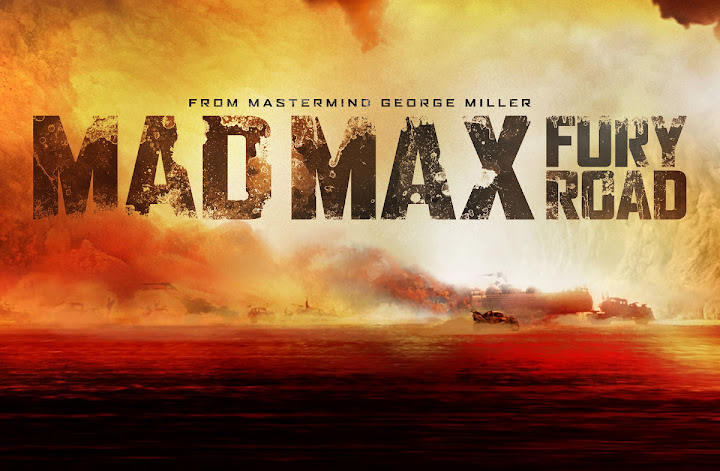 A high-octane reboot of the Mad Max franchise sees Tom Hardy step into the Interceptor and leather jacket, only to be upstaged by, well, just about everyone.

In the now-familiar post-nuclear wasteland, Max gets himself captured by gangster Immortan Joe, enslaved as a blood-bank to the terminally ill ‘warboy’ Nux (Nicholas Hoult), and sent out in pursuit of Imperator Furiosa (Charlize Theron), stealer of the Brides.

All this stuff and nonsense is merely the set-up for the mother of all chase movies, which takes the bonkers Mad Max cocktail of extreme speed and extreme violence and cranks it up to eleven.

It’s a curious Mad Max universe when Max himself is barely even peeved (Mildly-Peeved Max not being great box office, though). Hugely capable Tom Hardy (Inception, Child 44) barely registers on the script, has hardly any lines and becomes another henchman in the surrogate family built by Furiosa. Charlize Theron is in imperious form as the Imperator – a sort of trusted wagon-master in the outlands. Without many lines herself, this one-armed pirate queen is the real protagonist, freeing Immortan Joe’s healthy brides from a life of forced breeding, her goal to cross the outlands to The Green Place.

Following the Brides, who include Rosie Huntington-Whitely (Transformers) and Zoe Kravitz (Divergent) dressed for some Vogue desert-fantasy photo-shoot, in a ‘war wagon’ truck, Immortan Joe pursues with his entire fleet of crazy vehicles and crazier henchmen, including his muscle-bound son Erectus, The Bullet Man, The Oilman, and a wacked-out heavy metal guitarist.

The first hour is one long chase sequence strung together with practical stunts bumped up with a tanker-load of CGI. With the usual Mad Max mix of double-crosses, alliances,  disappointments, and a LOT of death and metal carnage, Furiosa’s post-nuclear family has to go to plan B, involving more chasing, more death and more metal carnage.

Theron (Snow White and the Hunstman, Prometheus) is hugely impressive as Furiosa, stealing the whole movie, closely followed by the mischevous and charismatic Hoult (X-Men, Jack), and even the towering ‘undead’ villain in a death mask, Immortan Joe (Hugh Keays-Byne, villain from the 1979 original Mad Max). Which leaves Hardy’s Max in fifth place behind them, the Brides and the insane collection of souped-up Junkyard Challenge vehicles.

Amazingly, veteran director George Miller, overseer of all the Mad Max’s from the ’79 original through to Thunderdome, remains in charge, this time with the budget and the technology to make the bleak, post-nuclear wasteland come properly to life.

Noisy, brutal, callous fun, and technically brilliant, if this is the start of a new line of Mad Max movies, then Hardy is going to have to get a lot madder or risk disappearing from his own gig. RC